Home / Blog / The Best Time To Dive In Malta & Gozo 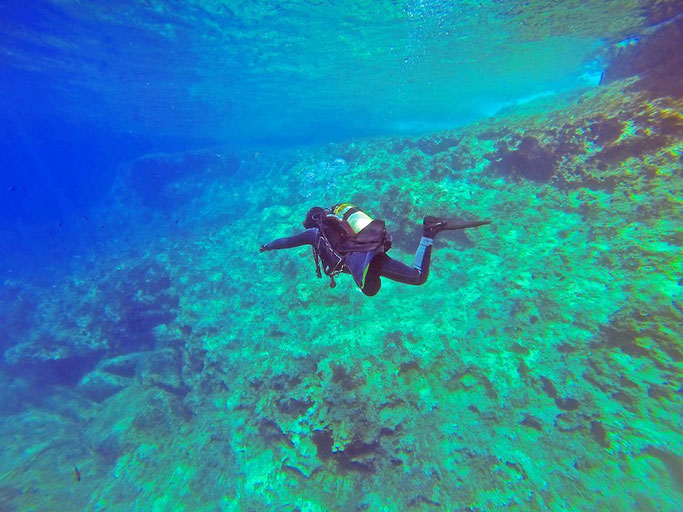 Malta and Gozo have one of the longest summers in Europe, from April to November and is known for their clear calm waters. Its average annual day temperature is about 22°C (72°C) and an average night temperature of about 15°C (59°C). Even in Winter, from December to February, the sea rarely drops below 15°C (59°C), but you can expect some rain and wind.

In April to May, air temperature is warmer but the sea is still cold.

The warmest and driest months are June to August. September air is as warm as June with even warmer seas but you can expect rain.

As air temperatures drop and rain rises in October, deep sea temperature remains warm in its peak, but cools down slowly.

Malta and Gozo enjoy about 300 days of sunshine per year, even on windier days there will be one side of the island protected from the winds, making it divable all year round.

Check out Malta and Gozo’s weather here. You can also see other fun reasons for when it is the best time to visit Malta, here.

Which time of Day is best

Scuba diving and snorkeling is usually best between 10am in the morning and 2pm in the afternoon, as the sun is higher in the sky and the sun angle allows more light to penetrate the water.

Most morning conditions are usually without wind, waves and current – this means better visibility, easier dives and lower air consumption – so you can enjoy longer dives with more to see.

Snorkeling can be very good in the afternoons due to high sunshine but it will depend on the wind conditions. The winds pick up in the late morning and usually don’t subside until late afternoon. Windier conditions mean lower visibility.

During night diving, the diver can experience a different underwater environment because many sea creatures are nocturnal, but take precautions against safety hazards such as dive light failure.

Which Season is best

Temperature at the surface and at 30m depth are almost similar.

Spring temperature is as warm as autumn except the sea temperature is colder and there is less rain. May has the least rain compared to March and April.

Temperatures start to incline in June, with the warmest air and sea surface temperatures in July and August, with not much rain at all in July, but the rain does start to increase in August.

Although air temperatures start dropping in September, sea depth up to 30m, is at its warmest. It does start to rain and you can expect more rainy days as it gets closer to winter.

The best conditions for scuba divers are in September when sea levels up to a depth of about 30m, remain at a constant high throughout the entire month. Do look out for rainy days though.

An Instructor Experience with Ritual Dive